Written by Andrew A.

Something brand new is coming to Rainbow Six Siege: a first person shooter game. The new event that is coming to Siege for 4 weeks is called Operation Chimera or Outbreak. This is a zombies themed event where  two new characters or as Siege calls them, Operators, are introduced. Like every other operator these two have their own unique gadgets. Usually when new operators are released there is one attacker and one defender but in Operation Chimera the two new operators are both Attackers. One of them is named Finka; she has nanobots in her blood stream and at the push of a button, the nanobots activate giving her 20 more Health points, better accuracy with her weapon, and the ability to look through her scope faster. Not only that, but when she activates the ability it not only affects her but everyone on her team. Finka can use this ability three times and it lasts for 20 seconds. 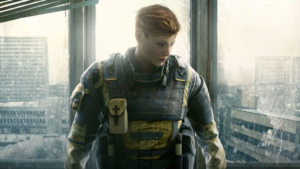 The second operator is named Lion. He has a giant drone that can fly in the air; it has the ability to detect enemies’ movement throughout the map. Basically, as a defender, if you are moving your feet while the four second scan period is going on you are detected. If the drone detects movement your position will be revealed to the attacking team. When Lion activates the drone there will be a little icon on the top of your screen counting down from three. Once it hits one, the icon will turn yellow for four seconds. If you move your feet during that time you will be marked and your position will be revealed to the entire enemy team and in Siege that is the last thing you want. 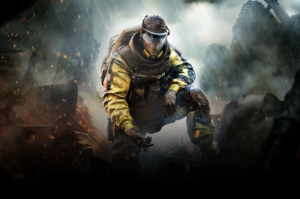 Lion and Finka wear yellow hazmat uniforms because they are a part of a special unit called CBRN threat unit which helps in battling against deadly viruses, or in this case, Zombies. There is  a new game mode coming to Rainbow Six Siege and that is called Outbreak. The story behind this is that an object from space crashed down in Truth or Consequences New Mexico. A local named Bloyd recovered the object and kept it in his junkyard unfortunately there was a parasite inside and it started to infect people starting with Bloyd and then he was now known as patient zero. It did not just infect people but the earth itself with black spikes growing out of the ground and people. The more it spread, the stronger it became, until all of New Mexico was put in quarantine. Soldiers have gone into the field but never return which is why the elite force known as Rainbow Six has to show up and defeat the virus.

In the game mode you can only play as certain Operators. The operators that you can play as are Ash, Buck, Smoke, Doc, Recruit, Kapkan, Glaz, Tachanka, and of course the two new operators Lion and Finka. Each one of these operators have different gadgets that can do certain things. For example, Kapkan has booby traps that he can place down, but Ash has a powerful grenade launcher that can breach walls. There are five different zombies you will come across in the game mode. From weakest to strongest, they are The Grunt, Breacher, Rooter, Apex, and Smasher.  Each one can do something different; for example, the Apex has the ability to summon other zombies and can take quite a bit of damage. 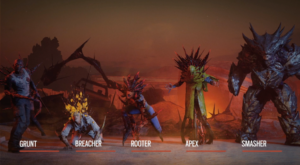 There are also three unique maps that you can play on in this game mode. One is called Resort in which you must stop the parasite from healing itself and spreading throughout the rest of New Mexico and the world. The second map is called Hospital. In this map, you must save a doctor named Dr. Mackintosh who has been trapped in New Mexico since the beginning of the outbreak and may have a cure. The third map is called the Nest. In this map, you have to find and recover the object from space so that the parasite can’t spread anymore. Overall, I think this limited time event has had a very positive effect on Siege and it shows how much Ubisoft, the game developers, are willing to make extra content for the game.